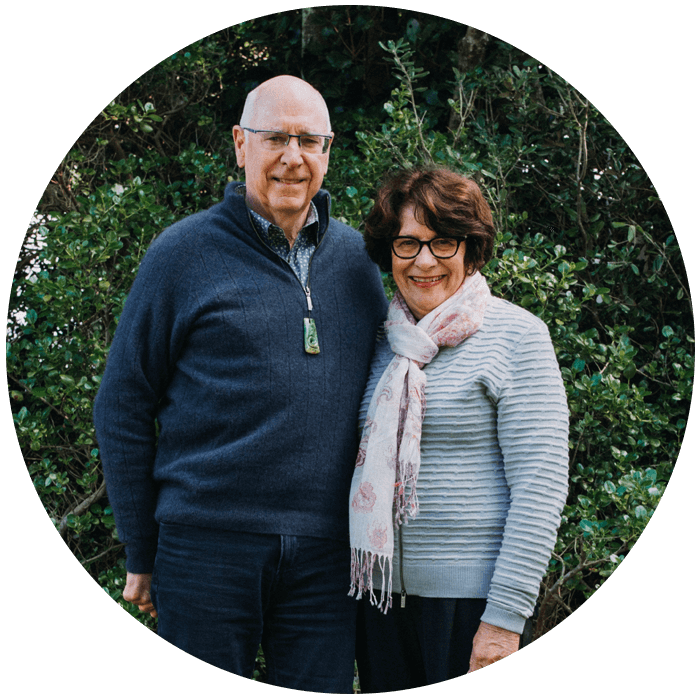 Stephen and Margaret Tindall co-founded The Tindall Foundation (TTF) in 1994 following the public listing of The Warehouse. Their aim was to contribute towards a stronger Aotearoa/New Zealand. In 2020 the Foundation celebrates 25 years of giving, and it is humbling to see the mahi/work that has been carried out by partners and friends over that time. We have so many stories to share, please take some time to read the stories about the amazing work they’ve done.

We’d like to take this opportunity to thank all of the partners and friends who have helped us contribute towards building a stronger Aotearoa/New Zealand over the past 25 years. Thanks for supporting us, and for giving us the opportunity to help with your important work. 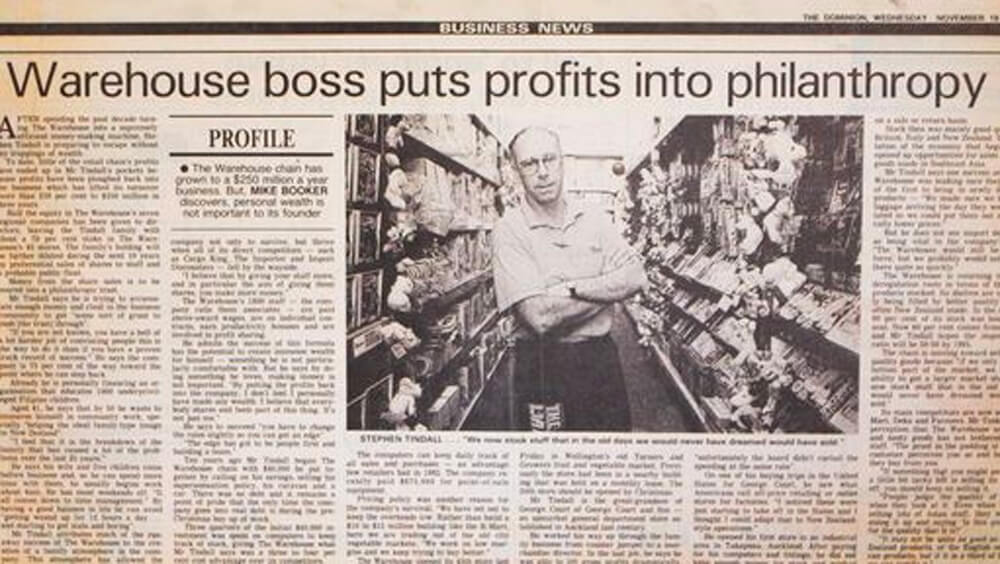 Celebrating 25 years during a pandemic

Stephen and Margaret made the decision very early on in the life of the Foundation that it would support a wide range of initiatives working for social and environmental change. Their clear vision, together with their amazing hearts and heads, have encouraged many more Kiwis to strive for a stronger Aotearoa. As we approached our twenty-fifth anniversary, Trustees and staff came together to think about how we could best acknowledge this milestone. Rather than pat ourselves on the back, we wanted to pay tribute to our long-standing partners, and recognise the support they had offered communities across the country over the years. We wanted that recognition to be a practical, meaningful thank you to Donation Recipients and Local Donation Managers for all their work and support. So our Trustees decided to gift a one-off donation of $25,000 to each of our 26 Local Donation Managers, to distribute within their communities towards a project or projects of their choice. Little did we know that 2020 was about to turn into a year like no other and COVID-19 changed the course of the world. Our Trustees repurposed that $650,000 as COVID-response funding so that our Local Donation Managers could address the emerging needs of communities.

A snapshot of our history

The fact that Stephen and Margaret would establish a charitable foundation is in many ways no surprise. It’s entirely consistent with their childhood backgrounds and the values that they learned from their families.

Margaret was the eldest daughter of ten children, brought up in a busy household with strong family and spiritual values and a sense of social justice. She studied to become a registered nurse and went on to become a midwife. Stephen came from a hard-working family where he and his sister were brought up not to waste anything, to save and be frugal. He has always been passionate about equality, and New Zealand’s beautiful natural environment. Fairness, justice, honesty, integrity, compassion and empathy are some of principles that were role-modelled by both sets of parents. 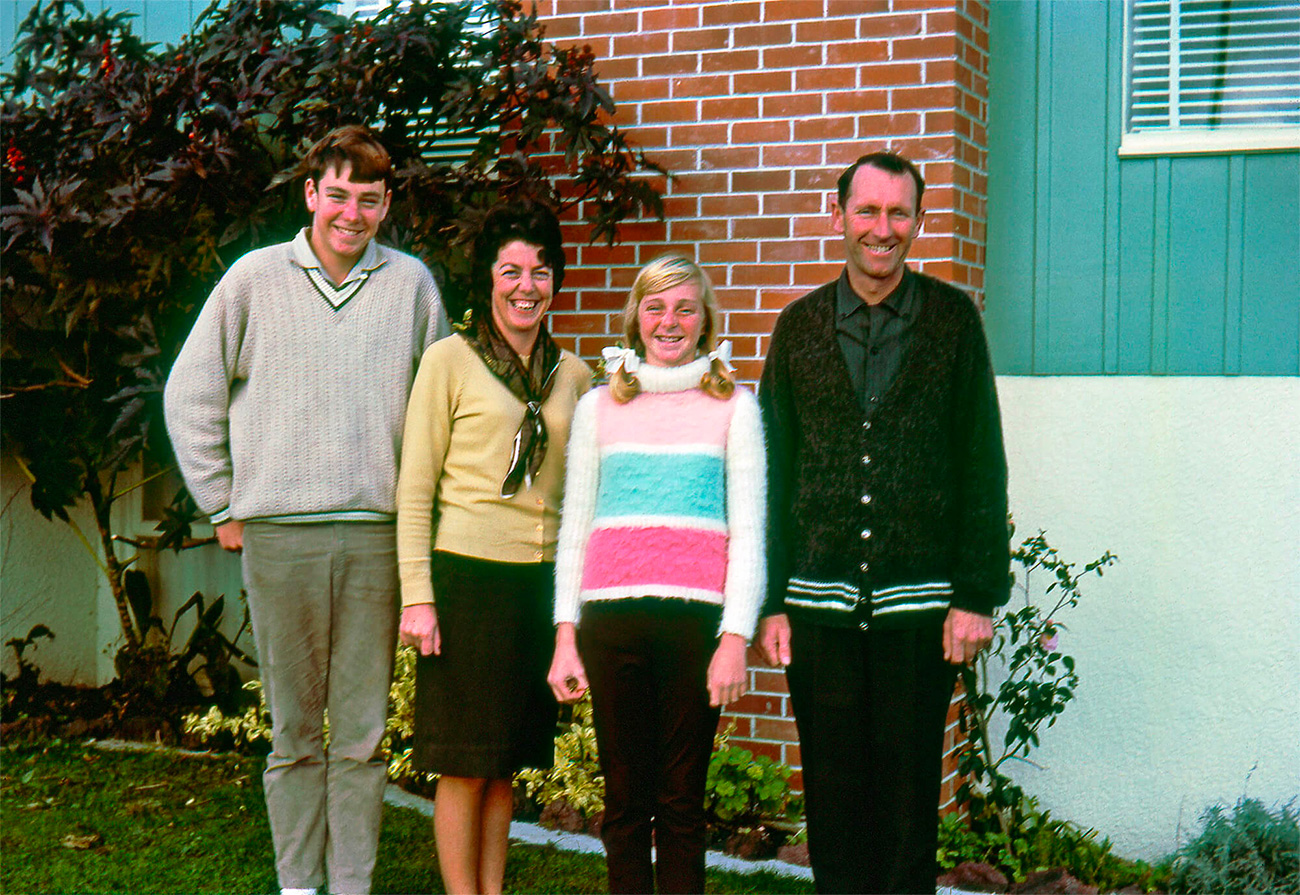 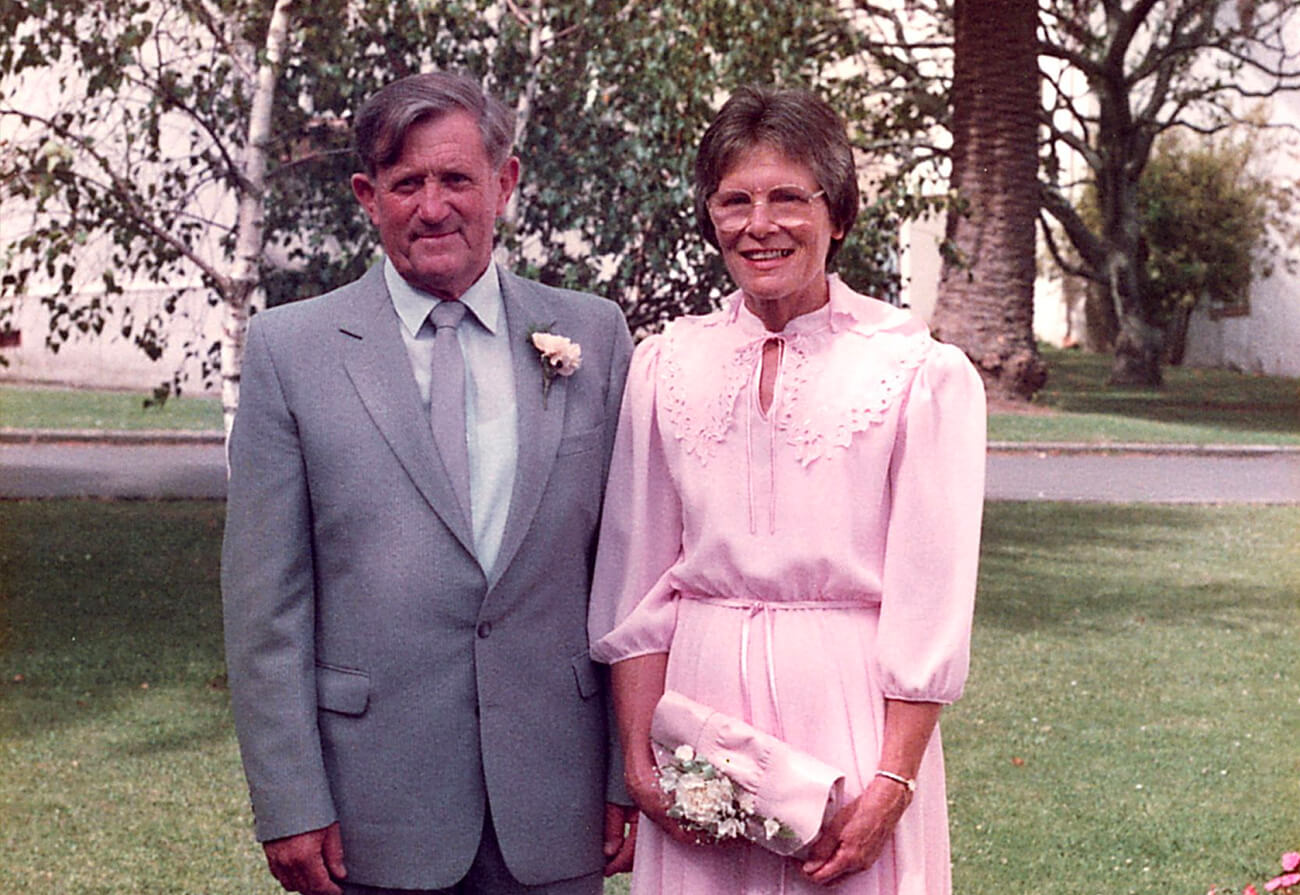 Stephen and Margaret married in 1973, and they have five children. They have woven the principles learned from their parents into the fabric of the Foundation and the next generation of the Tindall family.

Stephen gained a solid understanding of retailing after spending 12 years working at George Court and Sons department store. Always entrepreneurial in his thinking, he took his first big business risk in 1982 and sold hard-earned family assets to finance a business that would sell imported goods and manufactured clearance lines. He called it The Warehouse, and the rest, as they say, is history. When The Warehouse was publicly listed in 1994, Stephen and Margaret retained 51% of shares, and they co-founded The Tindall Foundation.

These days, Margaret is an active Trustee with her time largely centred on family and her voluntary work at De Paul House, where she’s been volunteering for over 30 years. Stephen, also a Trustee, devotes much of his time to K1W1, his business that invests in New Zealand start-ups and early-stage companies. Stephen and Margaret’s core values — generosity, community service and helping others in need — have never waned. From the beginning The Tindall Foundation knew it couldn’t be everything to everyone, and to be successful in philanthropy it needed good people to help deliver the best outcomes to communities. TTF appointed Trevor Gray as its manager in 2002. He joined Evelyn Gauntlett who began in 1997 as a temp before becoming a long-serving team member, completing 17 years before retiring in 2014. Collectively, Trevor and Evelyn contributed 29 years! TTF has been fortunate to have had a small and dedicated team over its first 25 years, developing strong relationships, processes, and team culture along the way. 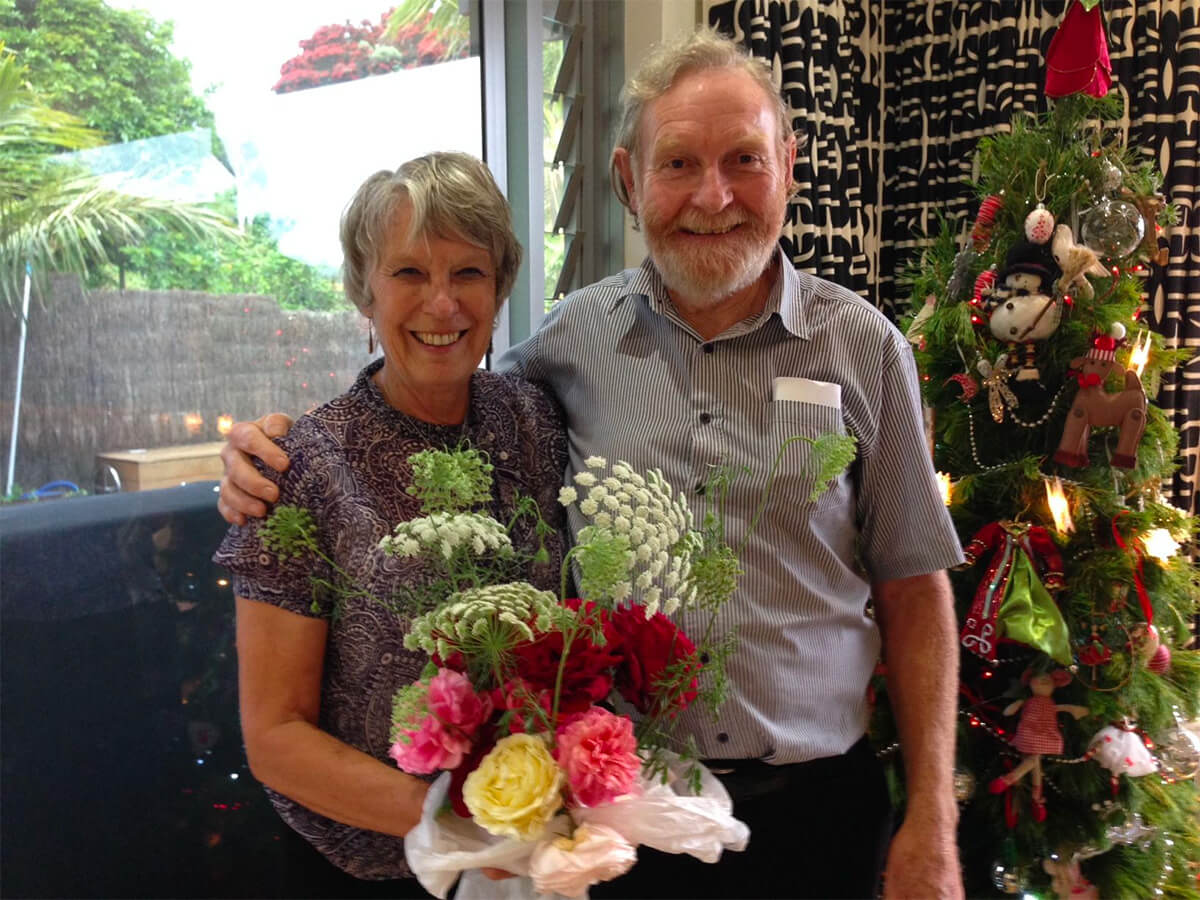 Over 25 years, TTF has supported thousands of organisations, gifting a total of $184 million. It supports organisations in three main areas — family, community, and environment. These areas have become more clearly defined over time. The five Trustees select organisations or initiatives where they feel donations are able to make the most impact.

The Foundation has always understood that strong and resilient families and communities are the basis for long-term social, environmental and economic wellbeing and sustainability. In particular, TTF prioritises initiatives that help whānau/families and communities experiencing multiple disadvantage and intergenerational deprivation because of their history, culture, gender identity, social or economic status. It also prioritises initiatives that address climate change, and help to create a sustainable economy and society for future generations.

While the Foundation likes to support initiatives that achieve change or impact on a national scale, it also has huge respect for small, local projects that matter to communities. Early on, the Trustees recognised that from a single office in Auckland they could not give as effectively as they hoped to communities spread across the country. For most of our 25 years Local Donation Managers have helped distribute TTF funds to grassroots projects in communities. Today they distribute almost a third of the Foundation’s annual funding.

Another important aspect of the Foundation is that it is often more than a funder. It is also an investor in projects that achieve measurable social or environmental change as well as generating a financial return. The Foundation often acts as a catalyst for change. It convenes and collaborates. It will actively seek out or initiate projects in line with its outcomes. At times it can also act as a quiet but persistent advocate alongside communities or organisations.

More recently, TTF has begun to focus more of its efforts on supporting self-determination within Māori communities. Whether this is through social or environmental projects, Māori enterprise, or establishing investment vehicles and opportunities, this focus is consistent with our underlying values, and our developing understanding and awareness of the history of Aotearoa/New Zealand. 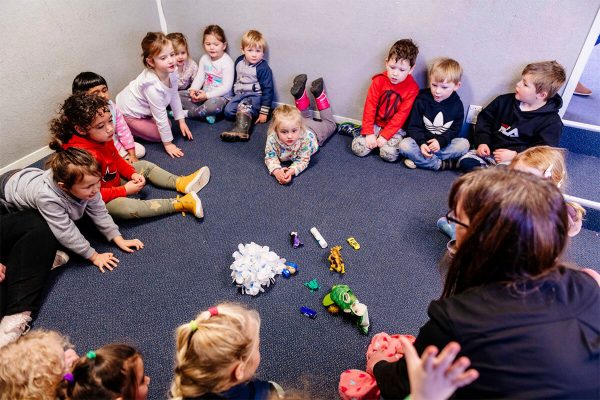 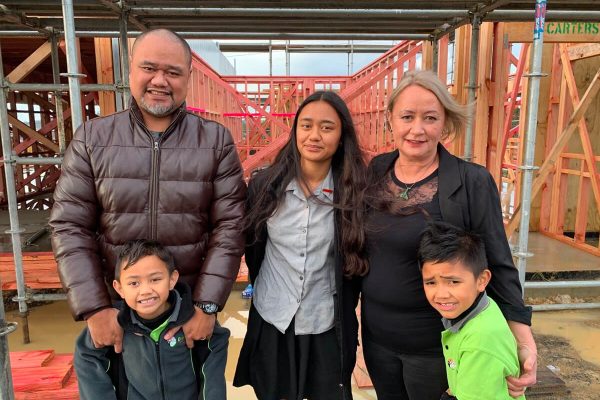 One such example is De Paul House, established in 1986 as a temporary facility to house families disadvantaged in multiple ways who suddenly found themselves with nowhere to live. The faith-based charity has evolved considerably over time, and now provides housing and family support services for up to 30 families at a time. “Over the past 34 years the De Paul House team has assisted nearly 4000 families and individuals to move into permanent accommodation.”

Project Crimson’s Trees That Count (TTC) project is another close Foundation partner. Born out of a simple question — “How many native trees could New Zealand plant to help mitigate climate change?” — TTC continues to deliver incredible results. Since its launch in 2016 it has added almost 32 million native trees to its Tree Count, of which New Zealanders have individually funded and gifted over $500,000. 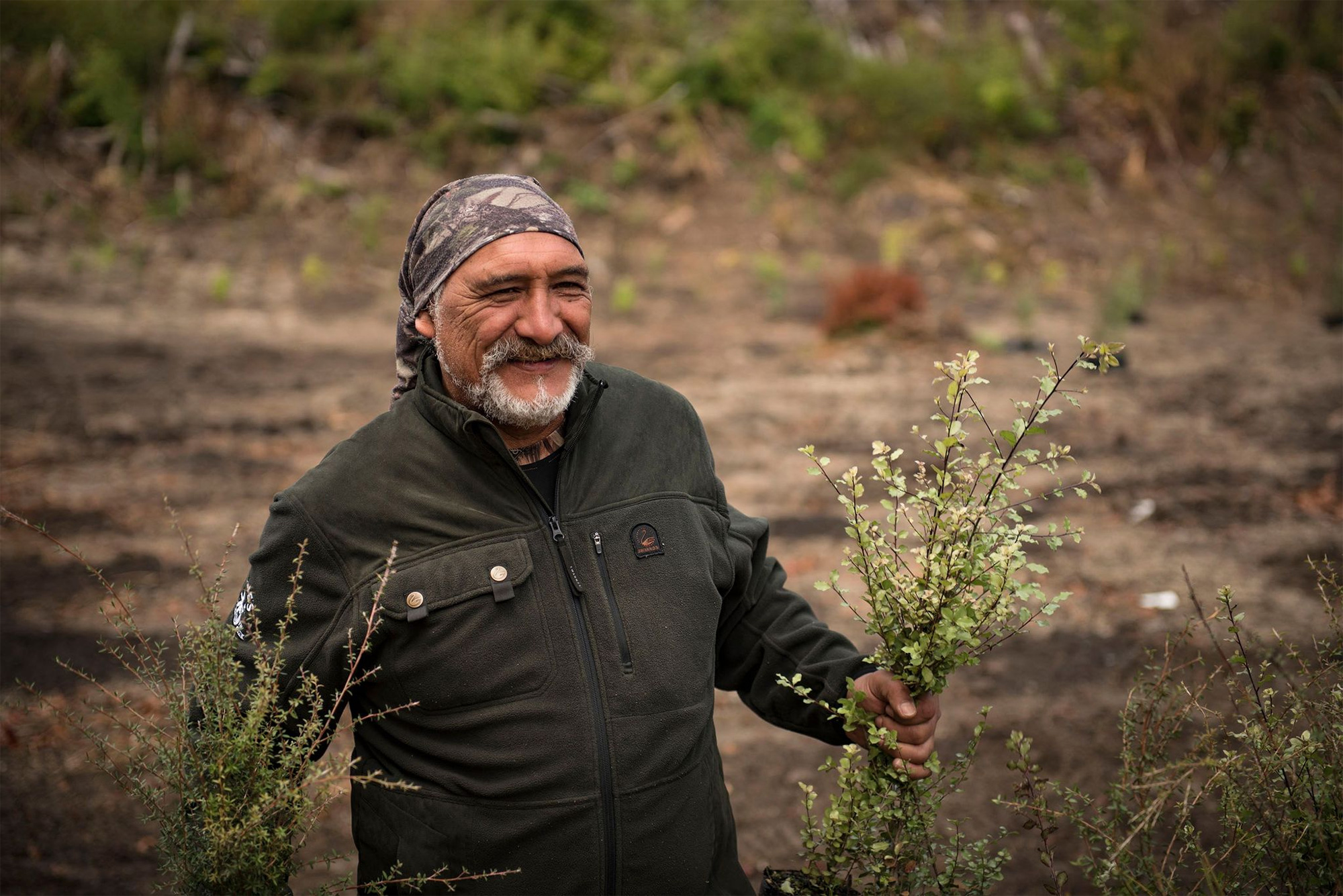 In 2016 Stephen and Margaret’s children Liz, Rob, Ben, Jem and Kate established the Next Gen Foundation, where they work collaboratively making their own decisions and carrying on the generosity of their parents. This enables them to learn more about philanthropy while having their own areas of focus, independent of The Tindall Foundation. Next Gen currently supports creative, innovative and passionate organisations that work with young people through the arts. They are also strong advocates for social justice, bringing fresh ideas and awareness to the Trustees about some of the challenges their generation is experiencing. While they are the faces of future philanthropy, and bring their own flair and flavour, they also build on the work TTF began 25 years ago. Both the Foundation and Next Gen share a willingness to listen, be open, non-judgemental and a voice for those that are not able to be heard.

Over 25 years we’ve gained valuable insights and have evolved along the way. We’ve learned the benefits of being nimble — adapting quickly when it’s required. As well as immediately repurposing funds during the COVID-19 lockdown in March 2020, we were also privileged to help to expand the Student Volunteer Army’s reach into 14 regions to ensure food and in-home childcare was immediately available to essential workers and those who required urgent assistance. 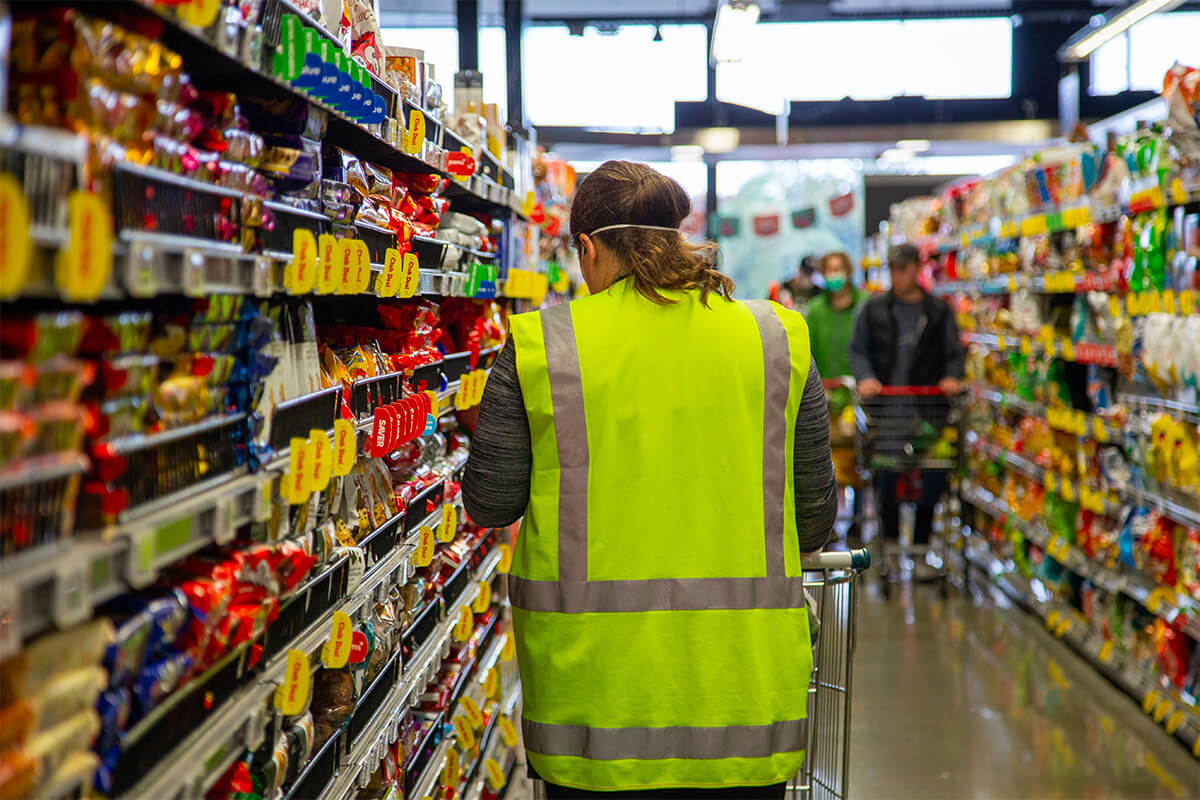 The 2010/11 earthquakes in Christchurch were another time of learning. As during COVID-19, we found we needed to be nimble, adaptable and on the ground to understand the situation fully. Ten years later there is still a need for funds to support the trauma experienced by those who were severely affected. We understand the importance of long-term, high-trust relationships and the benefits of working alongside partners — other funders, councils, government departments, iwi/tribes and philanthropic leaders. More recently we’ve come to understand the impact that colonisation has had on Māori, and the need for us to help overcome the intergenerational inequalities that have resulted in Aotearoa. We are starting to learn how to support Māori-led and Māori-owned initiatives more effectively. Our learning journey continues. 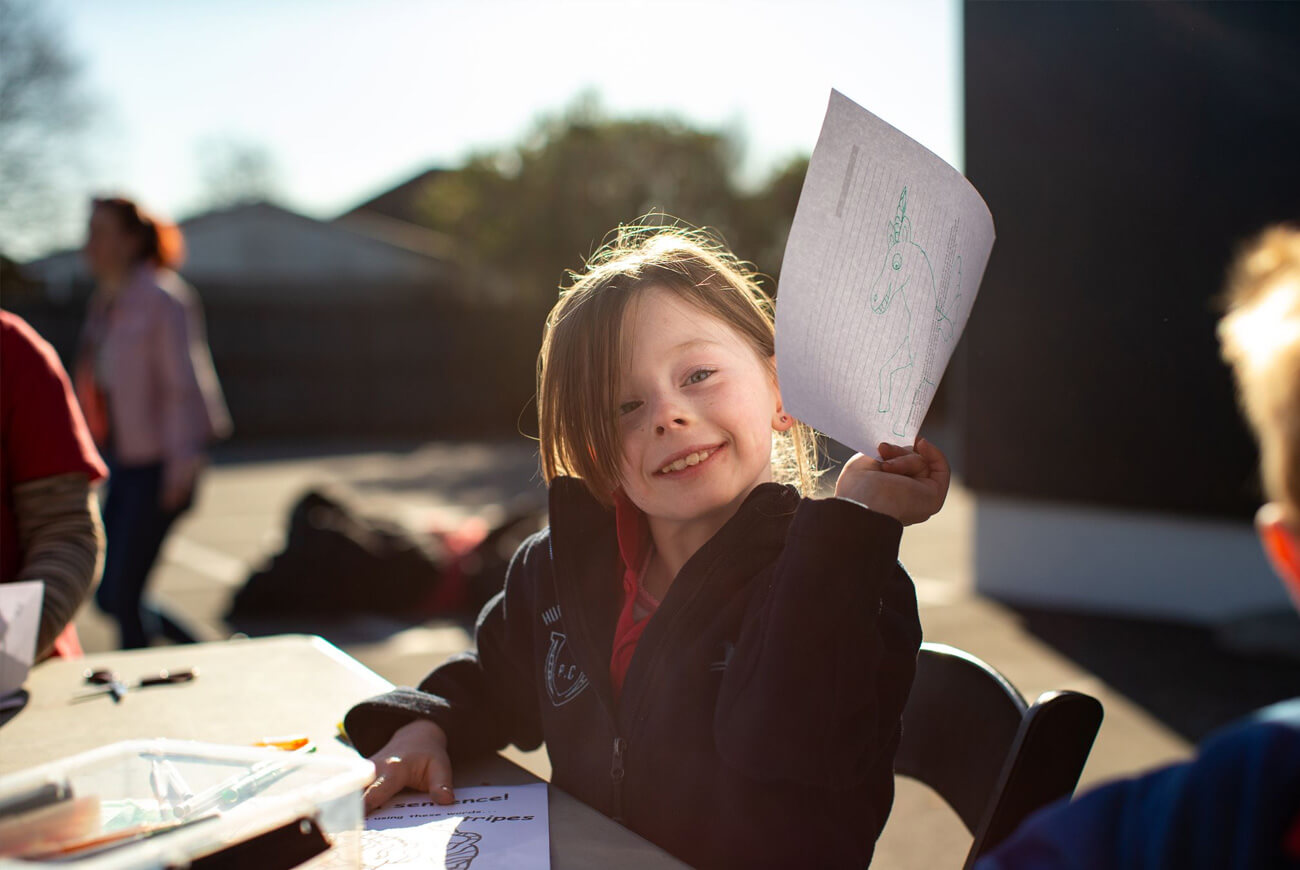 Solutions to complex social issues are most effective if they are locally led and build on existing strengths and resources. We recognise the value of small grassroots activity as well as larger initiatives that build systemic-level responses to empower and create social change. The Tindall Foundation’s focus is on enhancing the mana/status and strength of families, communities and the environment so they thrive now and in the future. Along with new challenges come new opportunities: for families to be healthier, safer and more secure; for communities to be more resilient and self-determining; for transitioning our economy and institutions to be more sustainable and equitable; for creating new forms of finance, investment and enterprise; for supporting Māori self-determination; for protecting and restoring our natural environment; for developing young people’s skills and capability to contribute fully to their communities; for being generous; and for contributing more effectively towards a more inclusive, stronger Aotearoa/New Zealand. There is a lot more to be done. De Paul House and the Tindall family’s relationship predates the existence of The Tindall Foundation (TTF), which celebrates its twenty-fifth anniversary this year (2020). Margaret Tindall has volunteered at De Paul House every Tuesday for over 30 years — in the early days she used to take her young son along with her too — and understands from first-hand experience the value of their work. She and Stephen are strong advocates for social justice and both organisations’ values have been closely aligned from the beginning. Since its start-up, NZHF has built and project managed over 850 homes and brought over 400 families into its home-ownership programmes. That success has given confidence to commercial and other philanthropic funders, which now invest in its programme. 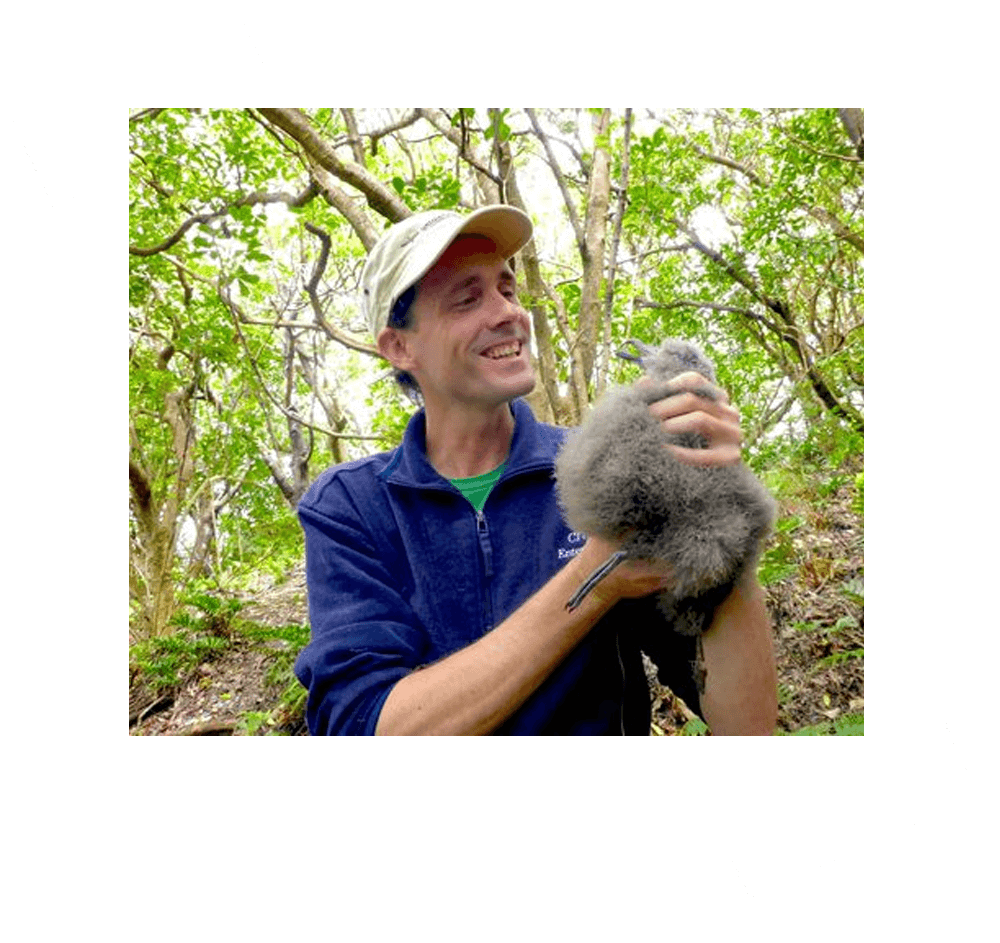 WWF: Living in harmony with nature

It has now been 20 years since the World Wide Fund for Nature (WWF) became The Tindall Foundation’s sole environmental Local Donation Manager. The relationship has grown considerably and, like all great partnerships, has stood the test of time.